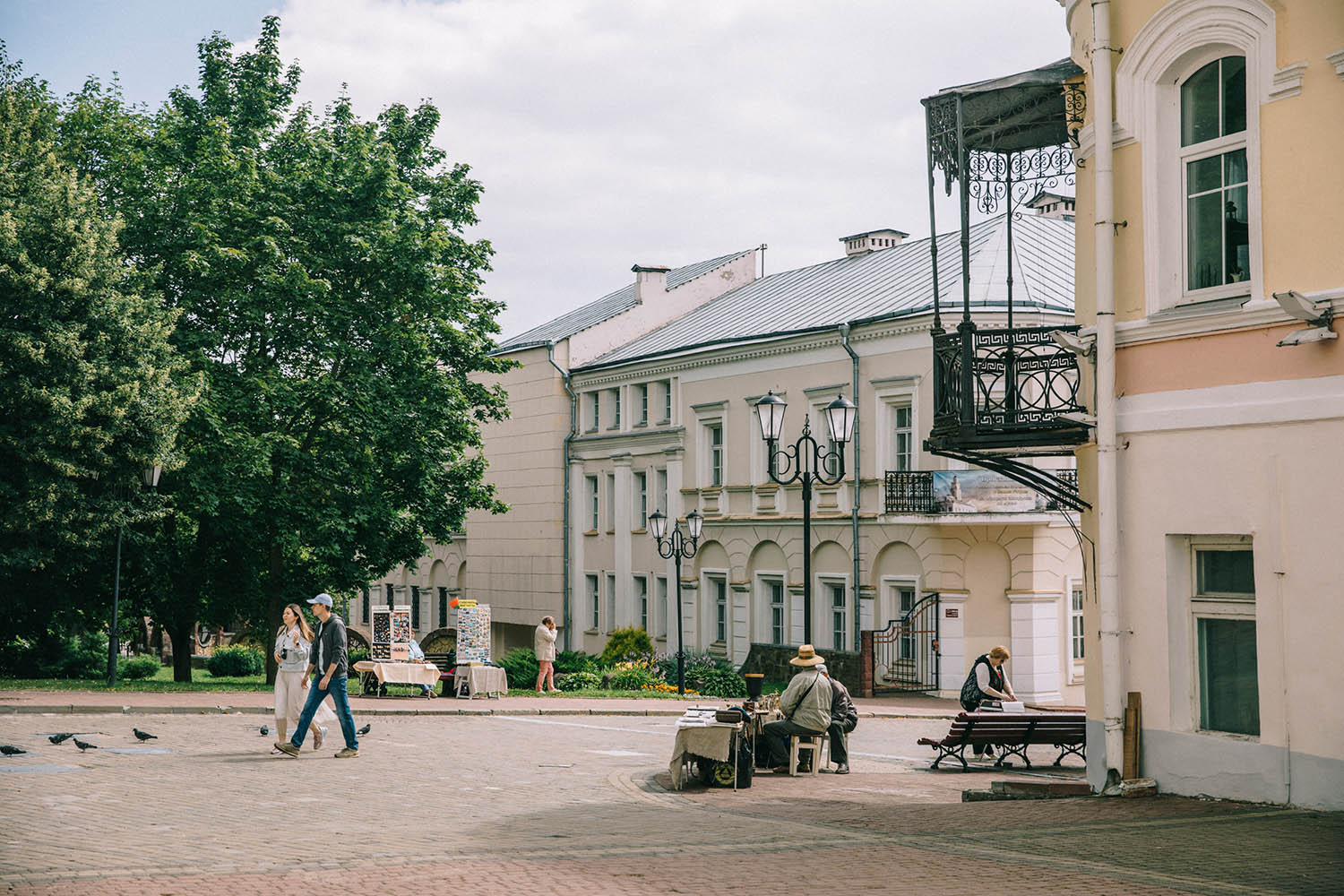 VITEBSK was found in 974. This is the cultural capital of Belarus. Creative work of Marc Chagall, the great painter of the 20th century is closely connected with this city. Chagall’s Art festivals are held here annually.

This world-famous artist has spent his early days in the house in Pokrovskaia street, built by his father in yearly 1900th. He wrote about this period of his life in the autobiographical book "Ma vie" (My Life). The Home Museum was opened for visitors in 1997. Its collection consists of household articles used at the turn of XIX-XX cc. As well as copies of archival documents and works by Chagall, relating to the artist and his family's life in Vitebsk.

Marc Chagall Art Center was founded in 1992. It permanently exhibits graphic works by Marc Chagall (lithographs, wood cuts, etchings, aquatints). The Art Center's collection consists of the series of the most famous works by Marc Chagall. For example, illustrations to Nikolay Gogol's poem "Dead Souls" (1923-1925). And the series of colour lithographs from the Bible Series, made in 1956 and 1960. Also you can see here the cycle of colour lithographs "The 12 Tribes of Israel" (1960).

Guests of this city could see a lot of amassing architectural monuments, churches and town halls and monument to the heroes of the war with Napoleon. Vitebsk is the capital of annual International song- and arts festival “Slavyanski bazaar. The City tour includes walking about cozy, old town streets, visiting Marc Chaghall’s house and Art Center.

This tour can be combined with others on request.
Photo: palasatka.com