According to the Presidential Decree “On establishment of visa-free entry and exit of foreign nationals”, foreign citizens of 80 countries can enter Belarus for up to 30 days (including dates of arrival and departure) and exit from the territory of Belarus only through the State border checkpoint of the Republic of Belarus “Minsk National Airport”.

To enter the Republic of Belarus in the visa-free regime via the checkpoint “Minsk National Airport”, foreign nationals must have the following documents:

For citizens of Vietnam, Haiti, Gambia, Honduras, India, China, Lebanon, Namibia, Samoa a valid multiple visa of the EU member states or Schengen zone with a mark in passport on crossing the border of these states and tickets with confirmation of departure from “Minsk National Airport” within 5 days from the date of entry is a compulsory additional requirement.* a base amount is equal to 9,5 € 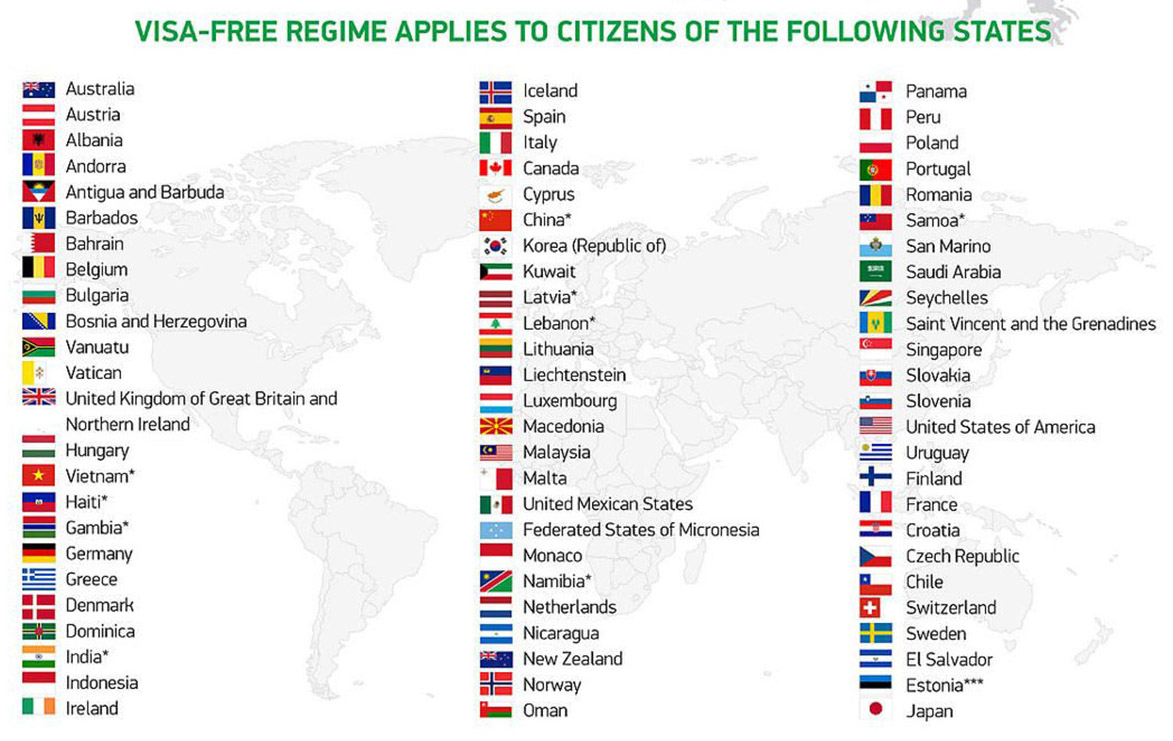