Free time and night at the hotel. 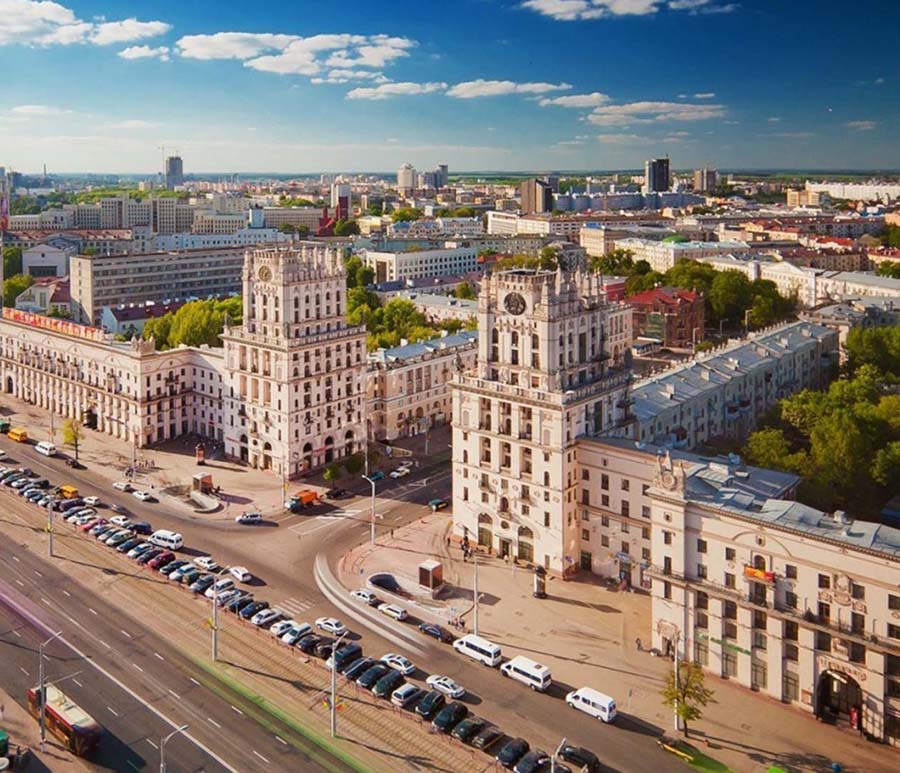 Buffet breakfast at the hotel.

The capital city of Belarus is situated in a picturesque place on the banks of the Svisloch river. Minsk was first settled over 900 years ago in 1067. Not many real ancient monuments have remained in Minsk, much of old Minsk was razed to the ground during World War II. The Minsk city of today is the city of wide streets, modern and old architectural ensembles, fountains, shady parks and green boulevards.

This tour gives a good opportunity to enjoy a special hospitable atmosphere of Minsk, to admire its surprisingly clean, and beautiful streets and avenues. So, you could get to learn the history, culture and traditions of the Belarusian people. 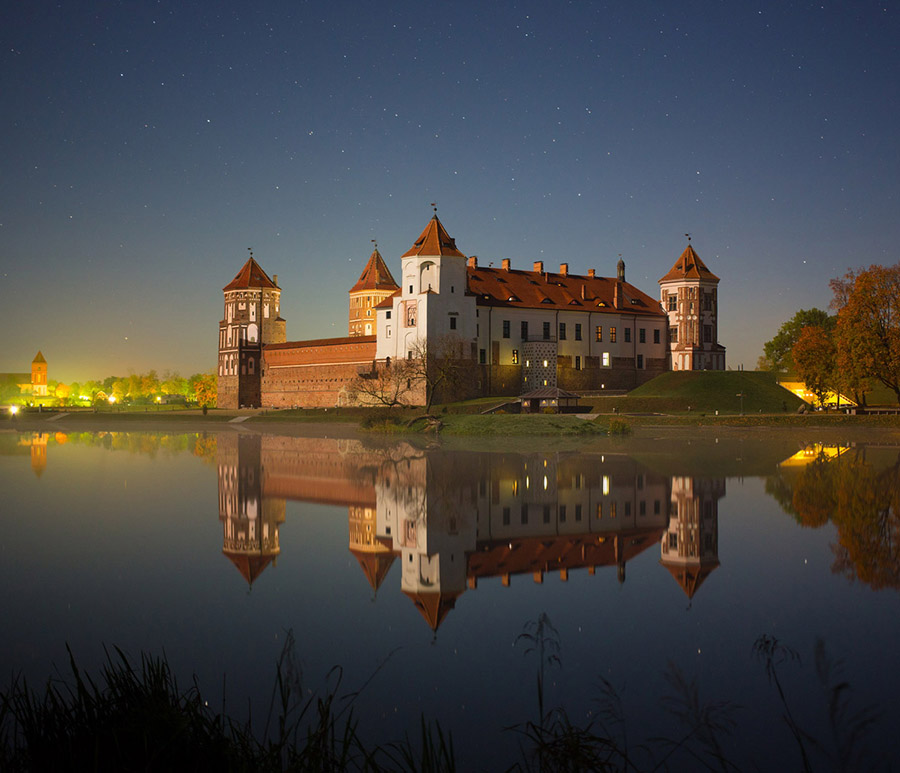 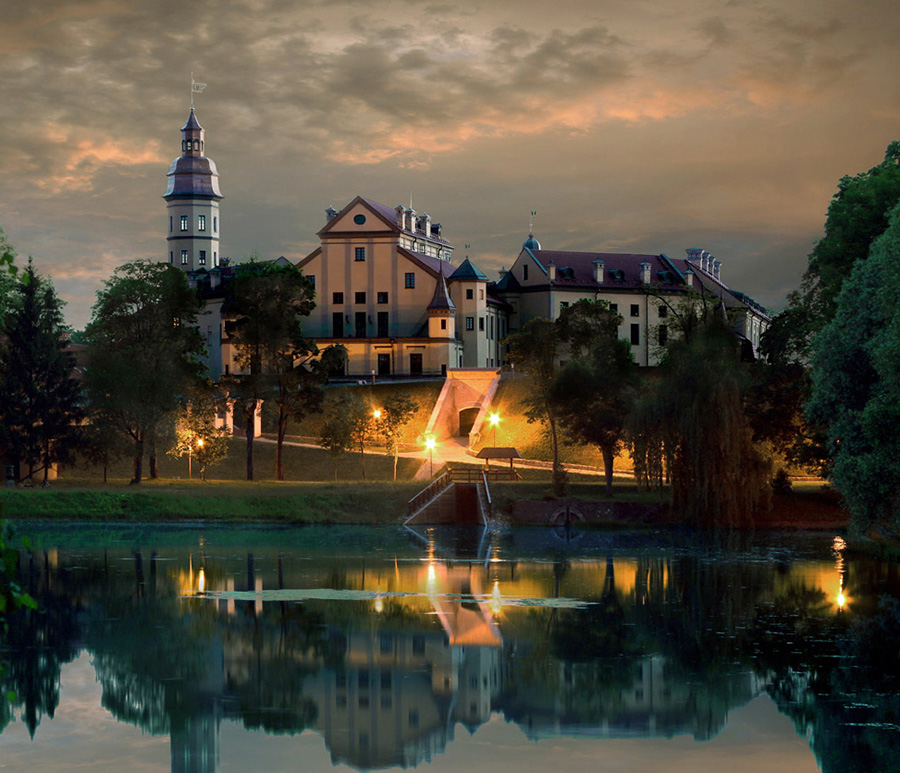 The small town of Nesvizh founded in the 13th century. Thiw is former residence of the ancient Belarusian-Lithuanian family of Prince Radziville.

For decoration of their possession in Nesvizh the Radzivills gathered European best architects, painters, woodcarvers, gardeners, decorators, jewelers. The legend of hidden gold apostles of Radziwills is haunted by many people. One can see there wonderful monuments which gave the city the name "Paris of the North". It is Slutskaya Brama (1690),Town Hall Square, the famous “Farny” Kostel (Church) and the Radzivill’s family crypt. Nesvizh is the city-treasure, whose charm is not lost with age. 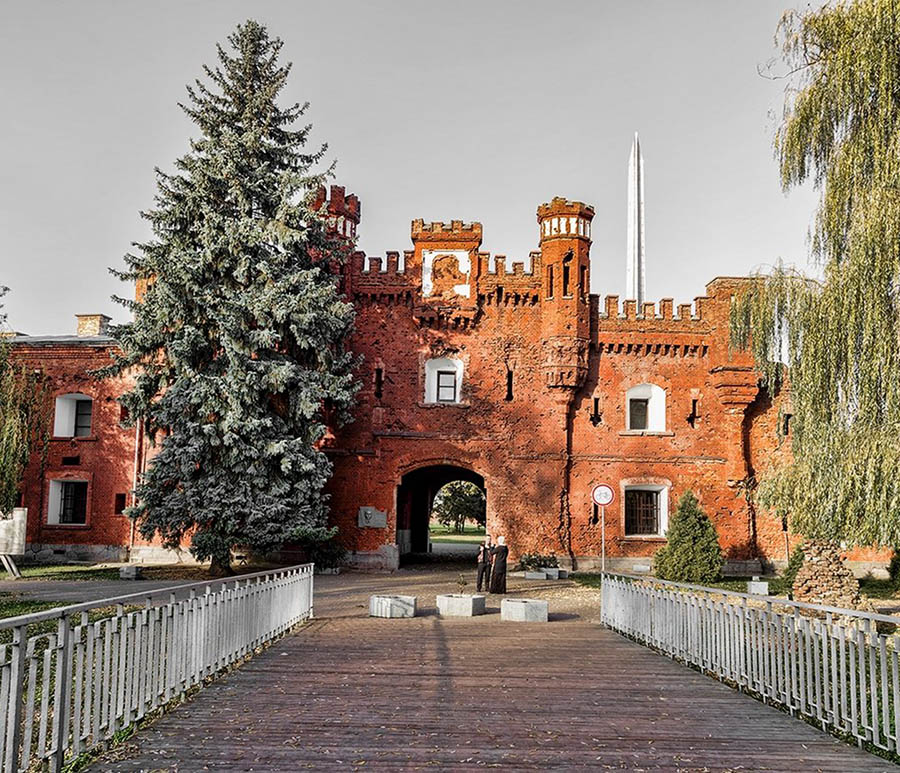 The city of Brest stands right on the border with Poland. It's a city with a rich and complicated history, noisy bars and charming characters. You can always find something new in Brest, and we’ll tell you how to spend some quality time in the city on the river Bug.

On June 22, 1941, Nazi Germany attacked the USSR. The Brest Fortress was the first to be hit by heavy artillery fire. However, despite a carefully developed plan, the fascists stumbled upon desperate resistance from the defenders of the Brest Fortress. In the Brest Fortress, the water supply system, ammunition and food depots were destroyed. Legends were born about the steadfastness and courage of Soviet soldiers, which supported the morale of those who fought on the fronts of the war.

A majestic Soviet style war memorial was constructed on the site of the 1941 battle, to commemorate the known and unknown defenders of the Hero-Fortress. This war memorial is the largest tourist attraction of the city. In addition, an archaeological museum of the old city Berestye is located on the southern island of the Hero-Fortress. It offers objects and huts dated back to the 11th - 13th century, that were unearthed during excavations in the 1970s. 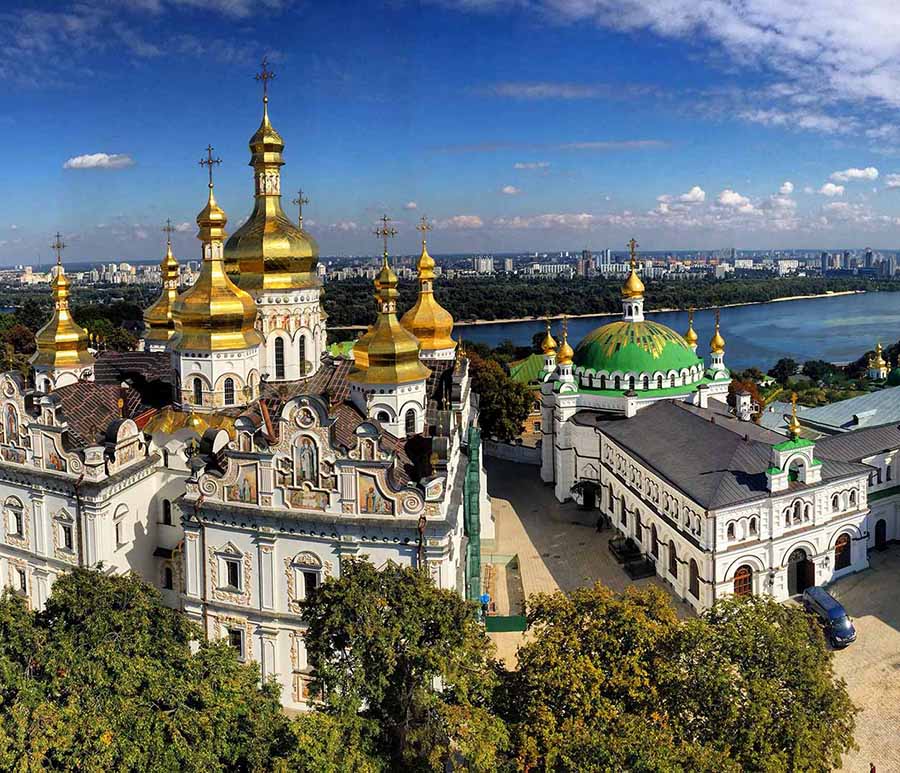 Kiev is a city of invaluable historical and cultural monuments, a city of great events and outstanding people. Everyone will find there something especially interesting for himself.
The art and architecture of Kiev are considered world treasures. Many famous artists, poets and writers estimated the unique beauty of this city. The most renowned landmarks include: Cathedral of St. Sophia, Kievo-Percherskaya Lavra, Golden Gate of Kiev, Ukrainian Baroque Church of St. Andrew, Cathedral of St. Vladimir and many other attractions. Kiev is often referred to as "the mother of all cities" by Russians and Ukrainians. It is one of the oldest towns in Europe. In the historical center of Kiev you can feel the spirit of the past everywhere. 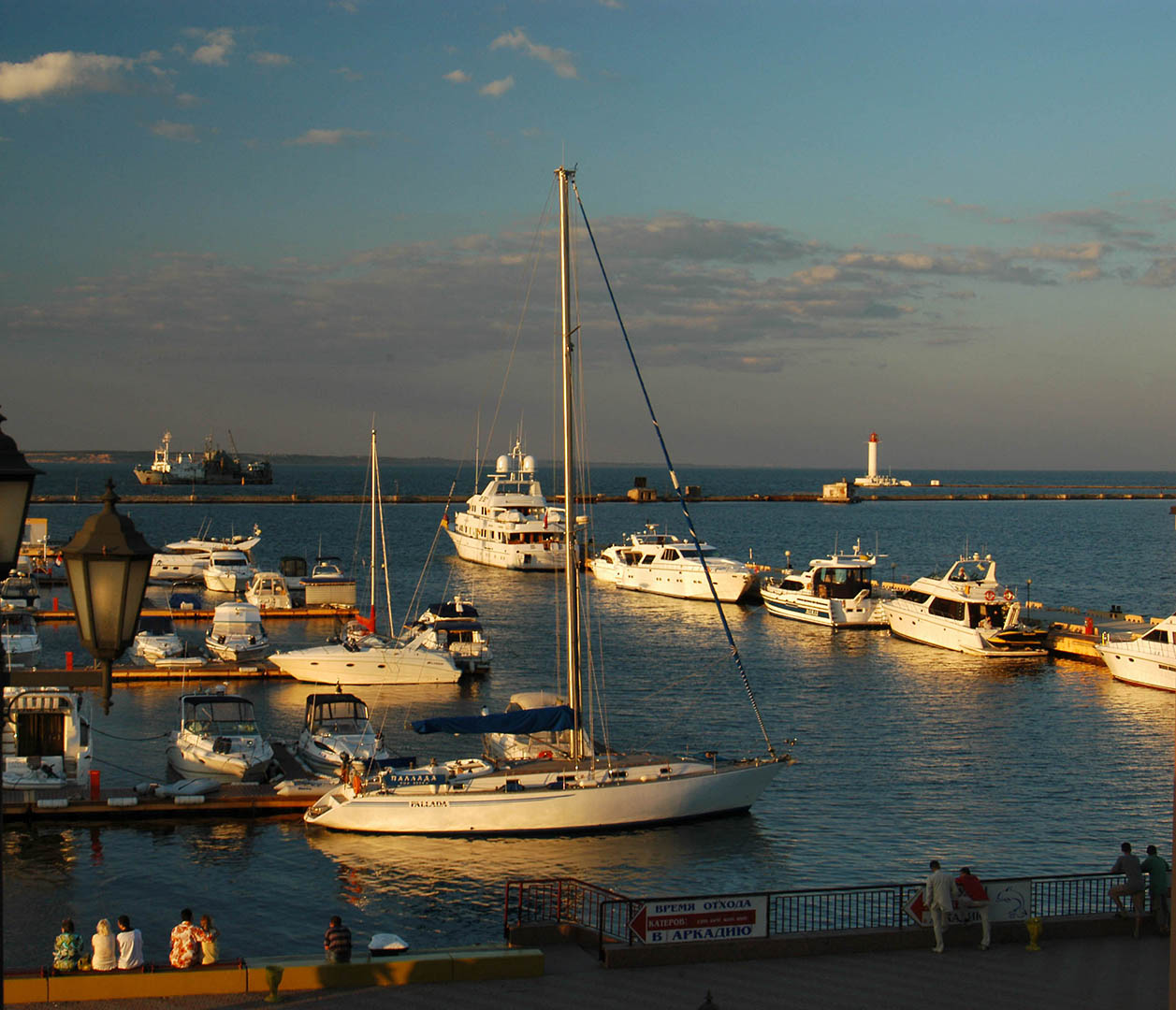 9:50 Departure from Kiev Boryspil to Odessa.

Odessa itself is a landmark, but it’s worth to visit the famous Privoz and Deribasovskaya, the Odessa Opera and Ballet Theater ― the second most beautiful in Europe, and the Potemkin Stairs ―  the largest in the country. You could see  the Primorsky Boulevard and the Semicircular Square with the Rishelye Monument, Vorontsov’s Palaces, Naryshkina and Pototsky, Uspensky Monastery (1824) and Odessa Sea Port, the largest on the Black Sea.

No less interesting are the charming streets of Pushkinskaya, Rishelievskaya, Lanzheronovskaya and the famous Moldavanka. Visit the unique complex of underground excavations ― the Odessa Metro, the ruins of the Turkish fortress in Taras Shevchenko Park and the Church of St. Mary Magdalene.

Leave your time for the museums — the Archaeological (the richest collection of Egyptian, Scythian and ancient antiquities), Artistic, Museum of the Navy, Literary, Museum of Western and Oriental Art, Historical and Local Lore, A. Pushkin Literary and Memorial Museum and others. 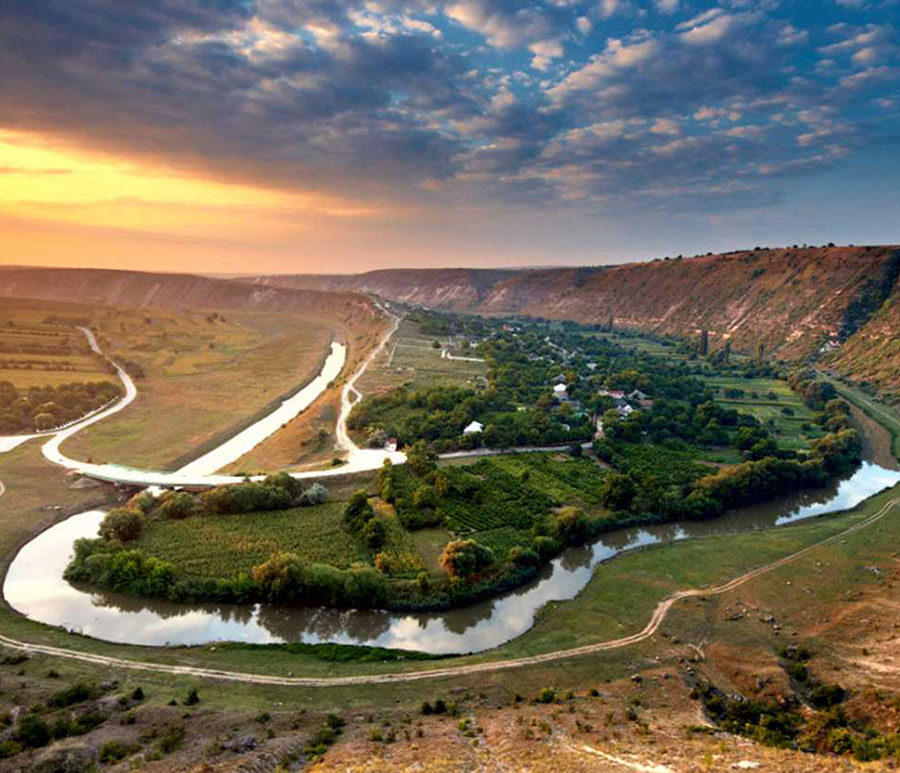 Old Orhei is a historical and archaeological complex, located in Trebujeni, at 60 km north-east of Chisinau, on river Raut.

It is famous for its well preserved cave monasteries. This territory was isolated from the outer world and it is supposed that, at the time when Christians came here, the caves were been already cut in the rocks by prehistoric tribes who had lived in the area. The Christians probably used the existing caves but the expansion of monastic life in the later middle ages and frequent Crimean and Budjak Tatar raids forced the monks to go deeper into inaccessible cliffs. They expanded the existing caves and created new ones. Some caves are well preserved nowadays.